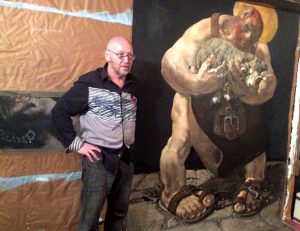 Painter condition, Danich paints eclectic scenes with religious figures, mutated skulls, and pomegranates that resemble a Yuriy Danich finds inspiration by looking inward. Wrestling with existential questions about the human beating human heart. The artist oﬀers a new take on these classic subjects, bringing them to life with garish features, distorted proportions, and cartoonish faces that laugh and gawk at one another without remorse. Their bleak existence is characterized by a search for meaning and peace in a world of confusion and indiﬀerence.

Using his experience as a scenic designer for theater and television productions, Danich builds a sage for his characters, filling the frame with specific details like roaming salamanders, stone walls, and blazing cathedrals. The viewer feels as if they’ve been transported to Ancient Rome with its earth browns, bloody reds, and golden yellows. He gives his figures the space to respond to their surroundings as they try to make sense of their place in the world. Crowned with the immortal sun, his protagonist carry the same weight as the religious figures of movements passed, drawing on the themes of Christian Byzantine art and the Renaissance. 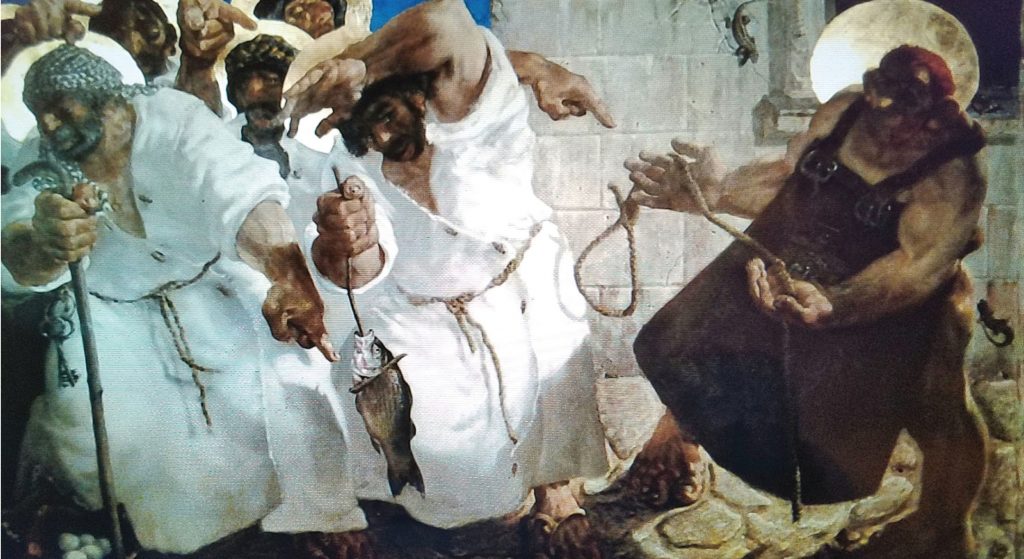 The work draws the viewer into the glory of faith, but also its mystery. Met with isolation and silence, these characters needs largely go unfulfilled as they’re forced to reckon with spiritual emptiness and a lack of sovereignty. Trapped somewhere between mental health and mental illness, their plight is that of all mankind. Fighting persecution and encroaching insanity, Danich’s heroes are left to their own devices as they navigate the tyranny of existence.

Born in St. Petersburg, Russia, Danich studied art at the Saint Petersburg Art and Industry Academy. Fusing oil, acrylic and watercolor, he creates his own style of painting, adhering to and, at the same time, breaking free of the constraints of the religious iconography of the pas. Danich reshapes religious painting for the modern world, asking the viewer to look within as they search for meaning in the work and life itself. 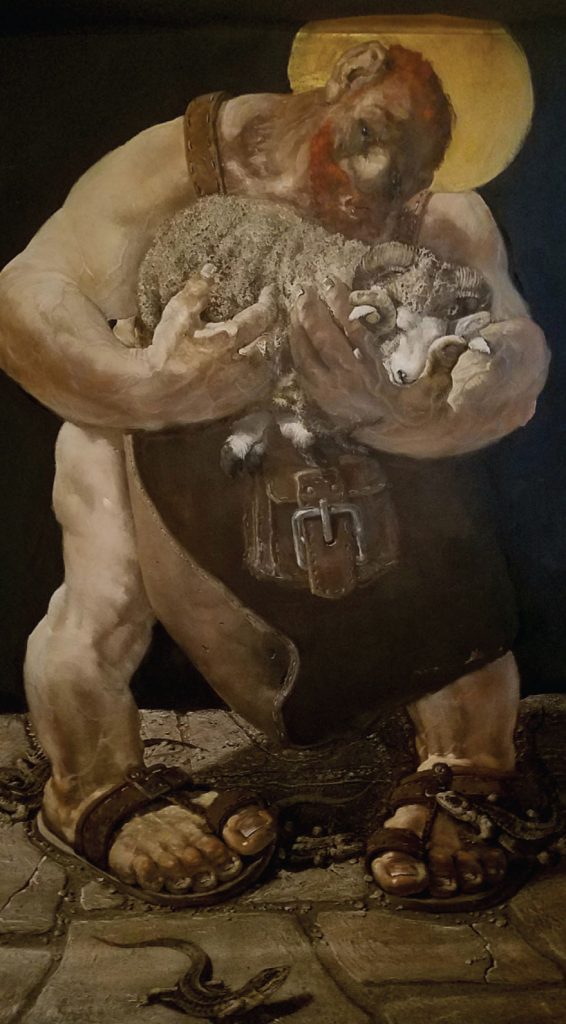 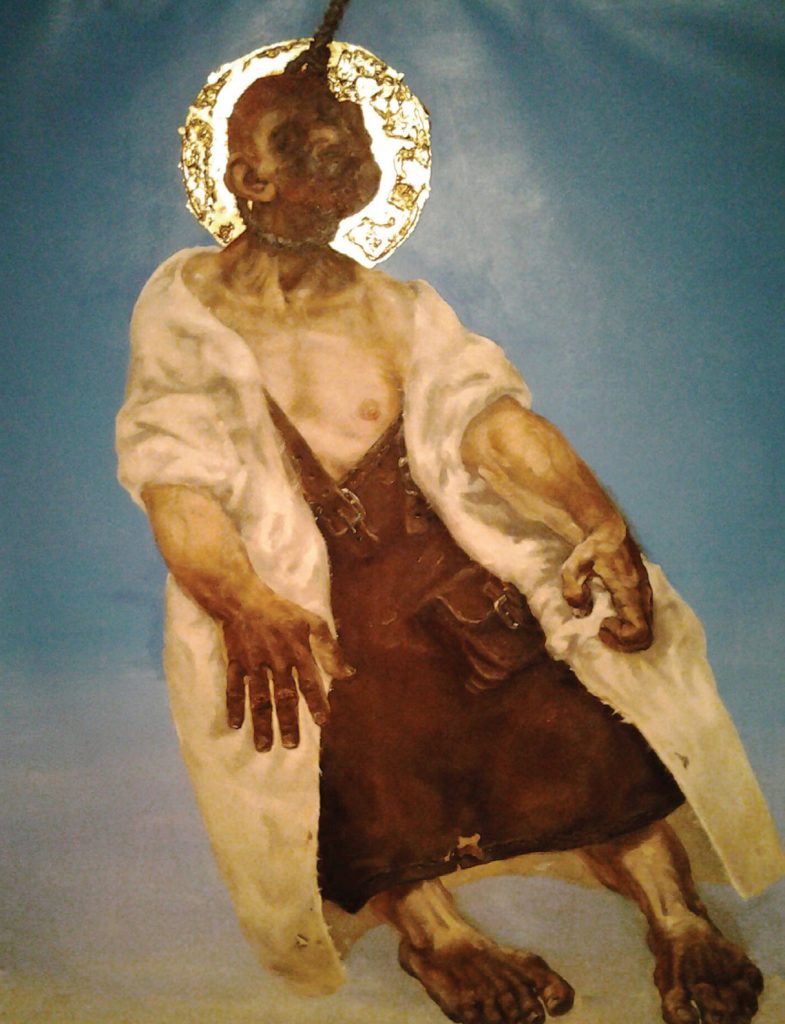