YoungHee in her studio

The paintings of Korean-born nightmarish and entrancing. Often melding archetypal YoungHee Woo are equally themes (the recursive nature of death within life, the genesis of biological and social forms) with folkloric tropes (such as chess boards, sacred owls, and mirrors as symbols of introspection), Woo’s paintings rarely venture off into the realm of pure abstraction. Rather, her decidedly figurative bent helps to flesh out what she terms “the philosophical sense of life and death” upon which her work is based. In Woo’s pictorial universe, fantasy elides with reality, creating imagined vistas where gestures, the placement of objects, and the expressions on faces take on a double-meaning. While carefully rendered in all their features, the eyes of her figures often appear glazed over, as though communicating a sense of fear. These disquieting looks tend to leap out from a composition, centering it thematically if not perspectivally. 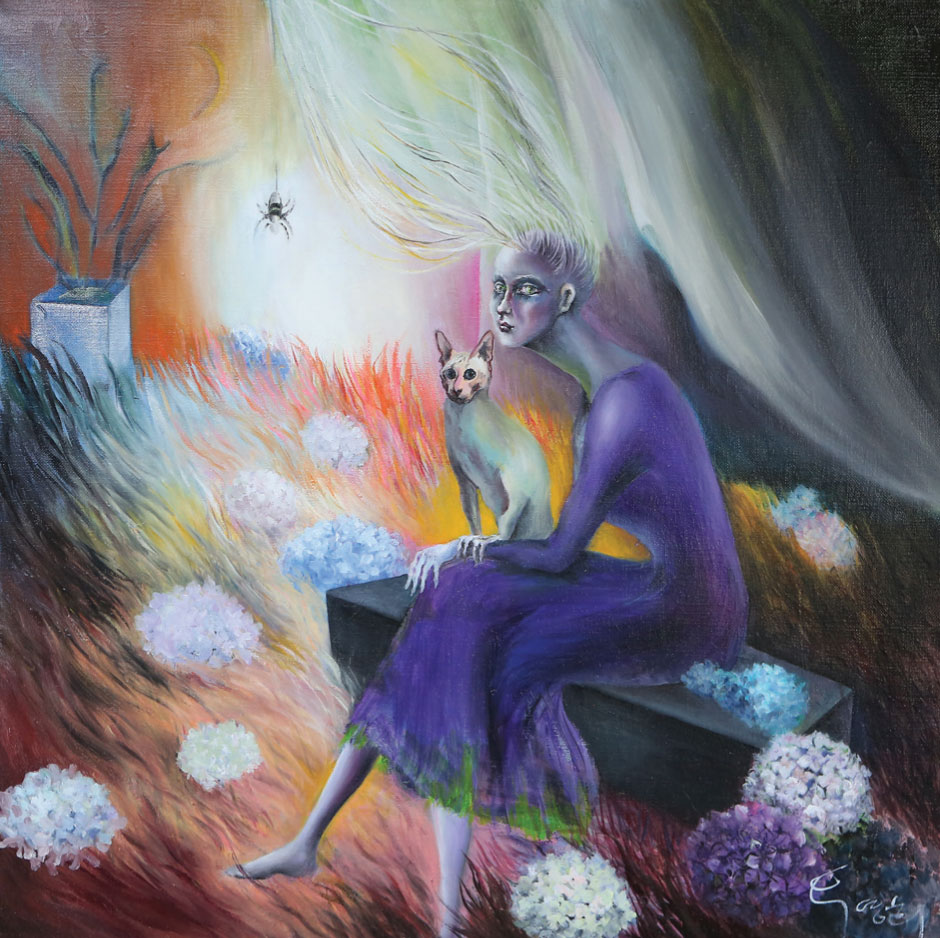 Eyes, of course, are windows into the soul of the other, whose subjectivity perpetually withdraws even though his objective body might be physically present. Playing on this everyday, yet an uncanny phenomenon, Woo enwraps her figures in landscapes that seem to twist away from their conceptual grasp of the familiar. Proportion gives way to a dream-like porousness, an ever-shifting instability that surrounds the contours of the figures she so carefully and realistically renders. 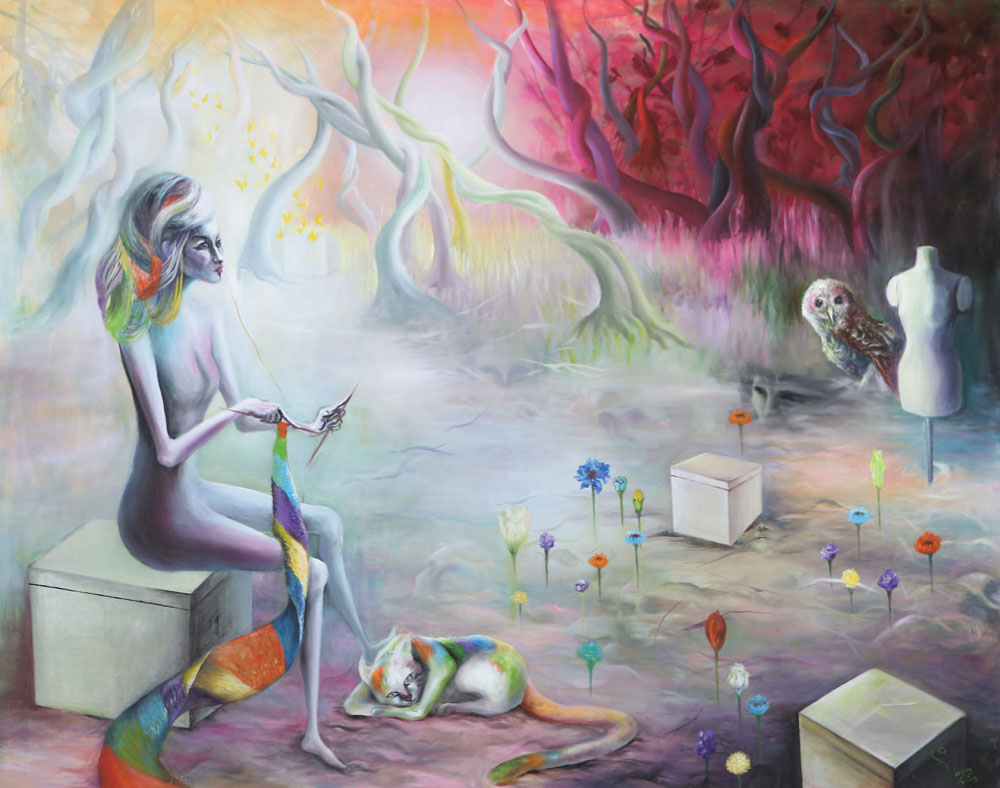 Woo’s fantastic paintings are deeply indebted to the tradition of portraiture. The main deviation from typical portraiture being that we cannot readily identify the persons depicted. And yet the figures Woo paints, who speak so eloquently through their eyes, are not wholly anonymous. They bear traces of their social class in the manner in which they stand, their attitude towards the fantasia surrounding them, and the garments they wear as they wend through imperious landscapes.