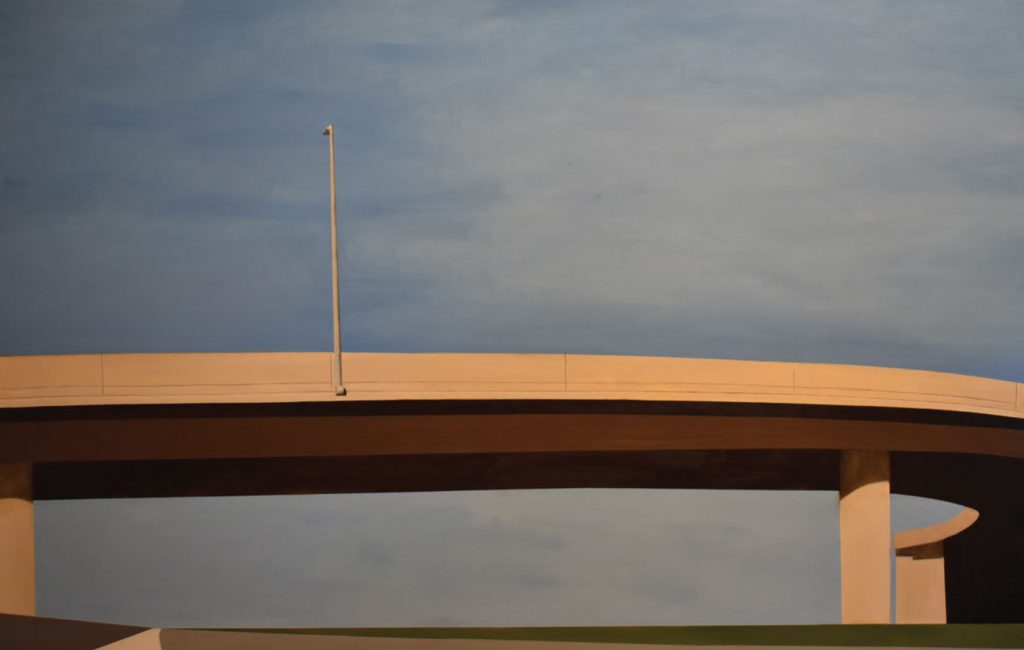 Richard Ostroff from everyday life with awareness and precision. Sunglasses, uses oil paint to capture scenes and objects cups of coffee, faucets, and nail clippers are all rendered with care in his paintings that often utilize the trompe-l’oeil technique to create imagery that appears to be three dimensional. Focusing on banal scenes and everyday items, the artist paints on a large scale in order to imbue his pictures with a sense of power not typically associated with the quotidian subjects. At this monumental scale, dust pans and cutlery are transformed from household detritus into authoritative objects. 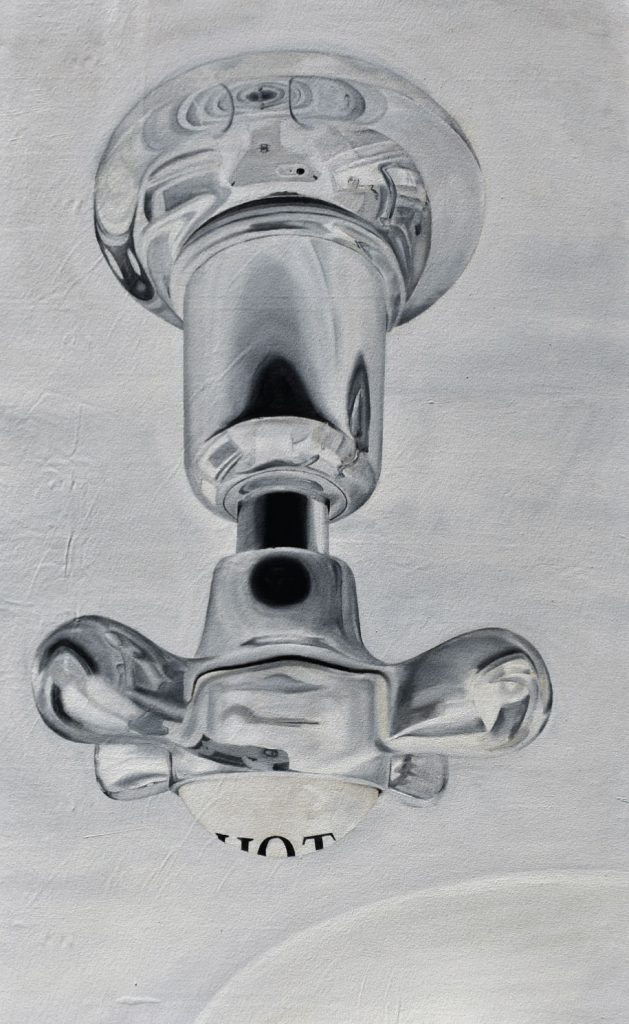 Before he turned to painting full time, Ostroff had a successful thirty year career in advertising, art direction, and creative direction. He taught conceptual advertising at the School of Visual Arts in New York City and garnered a number of industry awards before transitioning exclusively to painting in 2015. And indeed, the artist’s large oil on canvas paintings often give everyday objects the iconic presence associated with product advertisement. His luscious surfaces and isolated objects infuse the mundane subjects with an importance that is commonly seen in ads.

While Ostroff often focuses his attention on singular objects, he also paints scenes of construction and infrastructure – the wires and coils of a transformer, a deserted highway, and a network of pipe joints are all painted precisely, with significant attention given to the play of light on the cold scenes. A feeling of low-grade melancholy permeates these tableaux that are always devoid of human interaction. Cropped, isolated, and sterile, these images could be celebrations of industrial design and engineering or somber images of the chasm between nature and the manmade world. 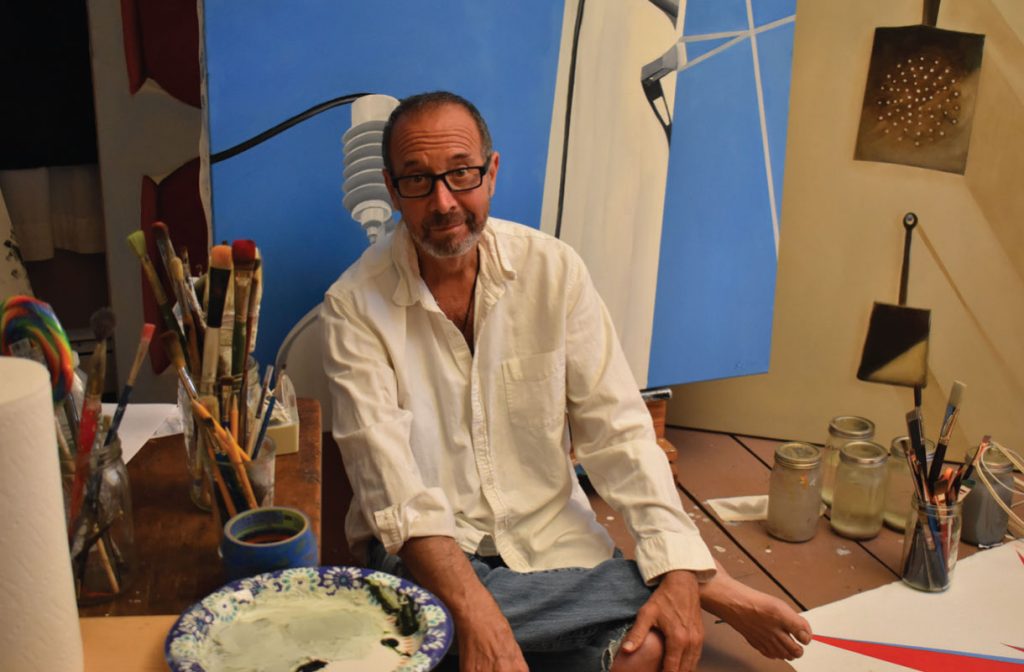 Richard in his studio