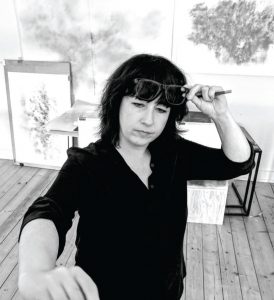 Nicola in her sudio

Nicola Watson titles such as Imminent uses space as her medium. Yet with temporalized or Fallen, it’s obvious that she’s also an artist fascinated by the quickening inﬂuence of time. Representing the twain dimensions of space and time, Watson’s graphite on paper works ameliorate our understanding of time and the experience of spatial fullness by representing huge clouds of dust. These clouds are often portentous. A work titled “imminent,” for instance, will naturally be about something that is about to occur. But when depicting a dust cloud, as though in a nebulous sate, the work might also take on a dangerous meaning. Situated at the bottom of the page, the negative space which surrounds the dust cloud is utilized to foreground an event that could spell disaster. The cloud itself is drawn in such a way that it seems to originate from the sky. This lends the work a symbolic potency that counterbalances Watson’s tendency toward hyperrealism.

For such a realistic manner with graphite and paper, Watson’s images are decidedly things that can be read into. Nonetheless, Her work “fallen,” however open-ended, will crystallize into diﬀerent things for diﬀerent viewers. As indicated by the title, a kind of religiosity underlies the image. The drawing could depict an angel, or a bird in ﬂight. In either case, the sensation of ﬂight is unmistakable. Once more, the negative space surrounding the image lends it a kind of alienated majesty. The materiality of the graphite allows the image to feel open-ended: the medium itself staining the paper like a storm. But more essentially, space come to congeal around Watson’s chosen subject-matter: space understood as something porous yet seemingly dense, suggestive of an ambiguous portent. 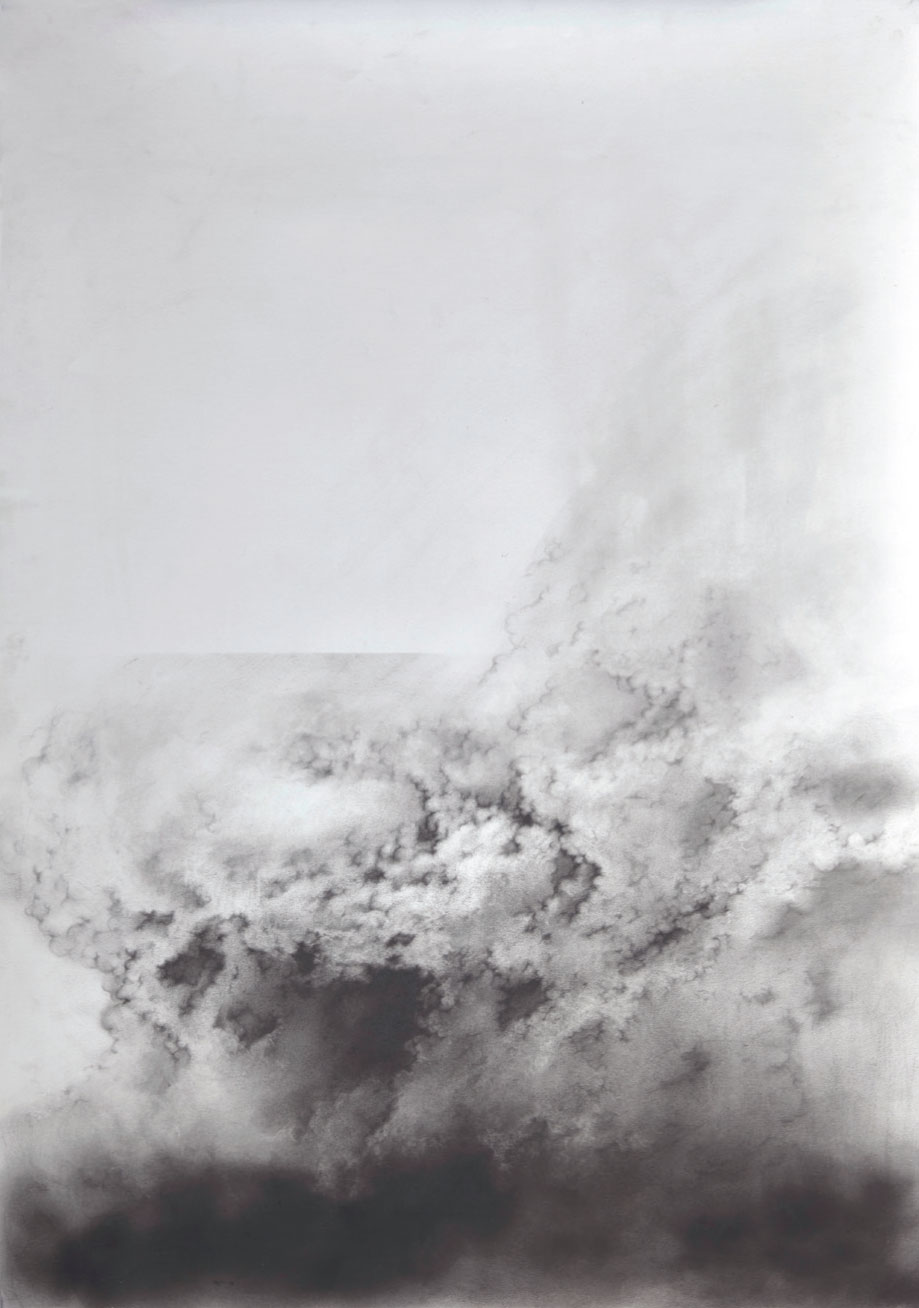