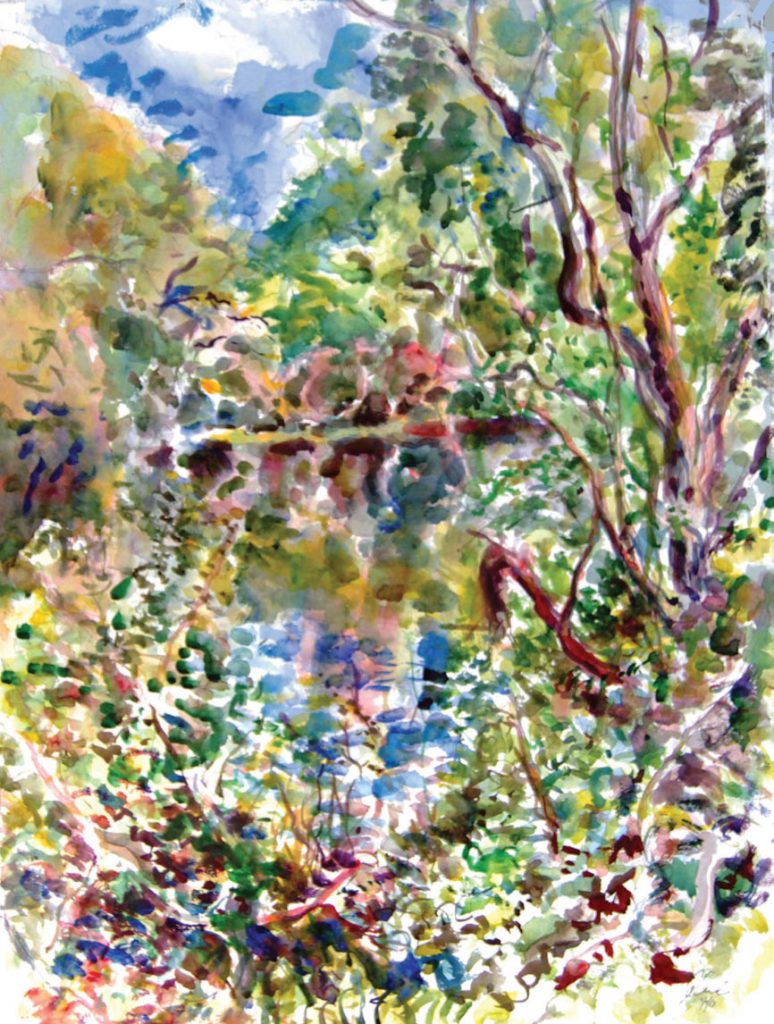 The seeing. While painting is generally a visual medium, the paintings works of James Chisholm are dramatizations of the act of of James Chisholm in particular make an issue of carefully leaving out certain elements, creating visual gaps that viewers have to fill in.

In Chisholm’s paintings of densely wooded areas, the relationship that obtains between the objects he paints take on a metaphorical quality. The colors of flowers leap from the canvas, saturated with the same hues as, say, the bark of a tree. Such attention to details implies a poetic relationship between the two objects, making Chisholm’s painting equally realistic and fantastic. This mingling of the representational and the poetic, the real and the imagined, is the hallmark of Chisholm’s meditative depictions of forestry, and ties in with his paintings of landscapes generally.

Often painting en plein air, Chisholm highlights not only the artist’s point of view regarding a landscape, but captures the artist’s psychology by painting into his works certain discontinuities. His most energetic landscapes allow the white color of the canvas to show through, as though the scene depicted captured not only an existing landscape, but subtle, leafy movements that are visible only by memory.