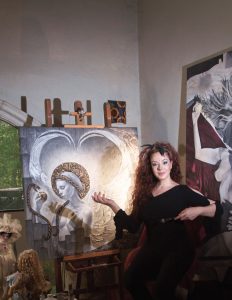 Cynthia in her studio

After the death of her father, Mexican artist Cyntia Caballero stopped painting. Having struggled for some time as a selftaught artist, trying to advance in her work, this tragic event was the final letdown. It took some time, but inspired by what she calls her “multiversal god”, her father, her mother, her husband and her nephew, Caballero picked up the brush again. “This was, for me, like a reincarnation that evolved me as an artist and a person,” she explains.

Caballero has spent the time since creating a magical, magnetic, ideal world filled with spirituality and religious themes. And advance she did: her realistic portraits have evolved from traditional portrayals to works reminiscent of the “Old Masters”. Her current works, composed of mixed media and oils, are introspective, rich and luminous – from vivid colors to dark, brooding scenes; from the astonishing beauty of winged angels to man’s inner soul; and from spiritual beings in splendid garments to nude or exposed figures of noble people, whose souls radiate from within her paintings. Her subjects include Jabamiah, the angel of alchemy and transformation, and Harlequin, the masked and mute jester in traditional pantomime. 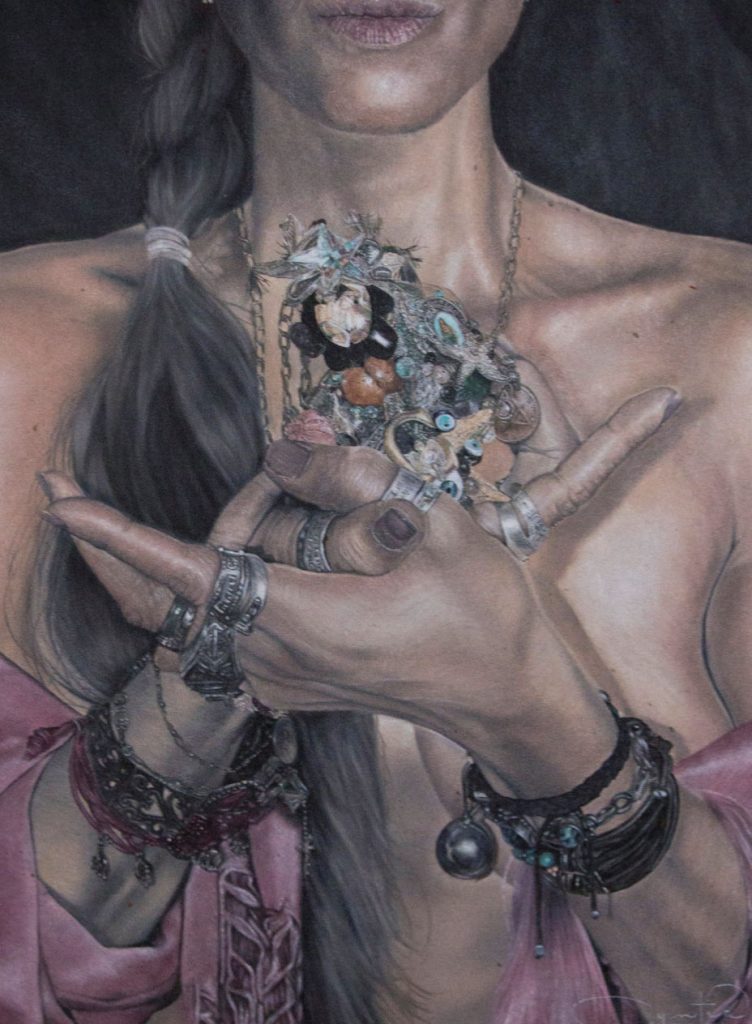 Through her magical hyperrealism and unique, refreshing ideas, Caballero bares her soul and encourages the viewer to look into their own. Coming full circle, her paintings celebrate life and the existence of humanity.

“My whole life is a work of art,” she says. Art is the only thing that Caballero does and loves. “This is why each one of the topics that I deal with in my works are so important.” A native of Monterrey, Nuevo Leon, she studied visual arts at the Universidad de Nuevo Leon, the Institute Allende, in San Miguel Allende Guanajuato. Her work has been exhibited in Mexico, the US, Argentina and France, and she has won numerous awards, including two from the Brownsville Museum of Fine Art. Caballero’s also created artwork for the former president of Mexico, Ernesto Zedillo Ponce de León. Her favorite artists include Dali, Frida Kahlo, Manuel Carbonell and Rembrandt.