Ana Ingham interplay of coloration and texture. Considering her works abstract, there is a strong figurative bent in her work, ’s works are both playful and poetic. Her compositions tend to be simple, which allow the greatest which often hinges on her use of collage. The continual mingling of different materials, colors, textures, and shapes forms the hallmark of Ingham’s artistry. Yet all of this is consolidated within an attentiveness to objective detail reminiscent of classical landscape paintings. 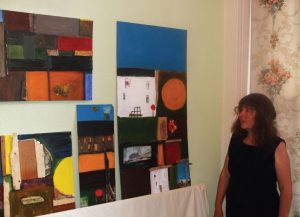 Ana in her studio

The crux of Ingham’s memorized landscapes is by association. This is apparent in the way language forms a kind of tapestry in her works, signifying while also having a symbolic, structural function. While responding to secular themes in her collage paintings—urbanity, celebrity, sexuality, etc—language is stripped of its denotative function and instead comes to embody realities in itsown right. In this way, Ingham’s painting can be considered a kind of timeline, condensed into the unified image of a pictorial moment. Rather than imitate the Cubists, who took the still-life tradition as their point of inspiration, Ingham takes a cue from poetry, and how poems can visually map out emotionally impactful events without being bound to the temporal logic of chronology.

The primary motivation underlying Ingham’s works is memorialization. This represents significant moments within an almost diagrammatic space. She creates a kind of spatial symbology where the placement of a color, word, figure, and collaged element suggests a moral and political evaluation. Ingham’s works typically feel as if they have been thought out beforehand, which is due less to her knowing the overall appearance of a piece before she starts, and more because of her prior in-depth reflections upon the subject matter being represented in the art. 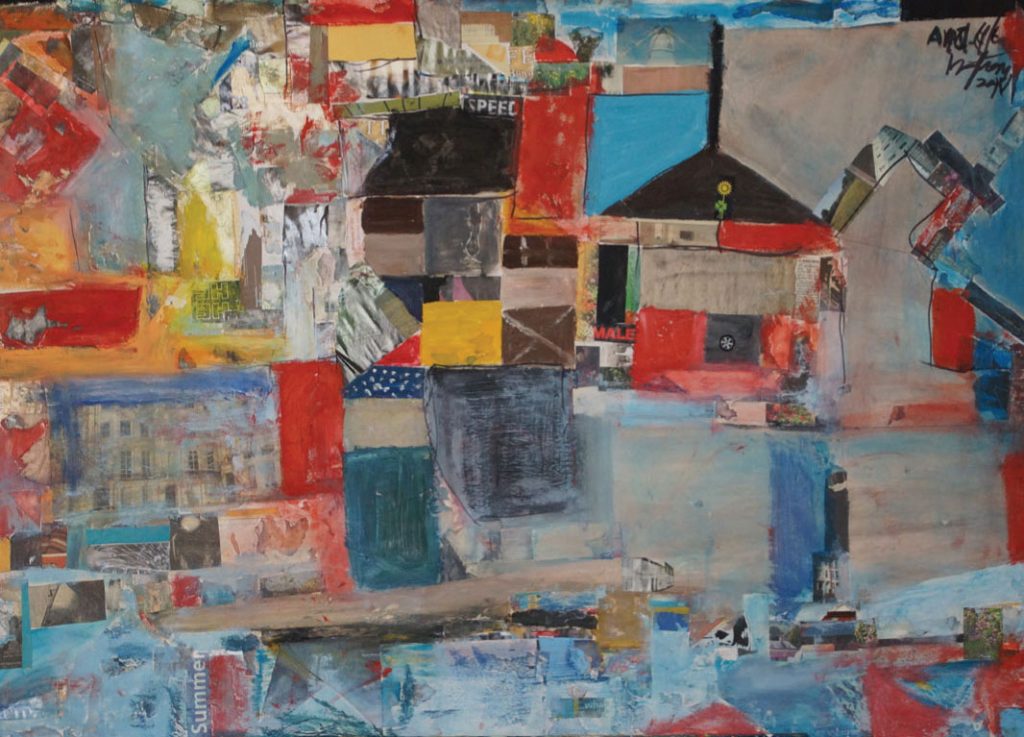 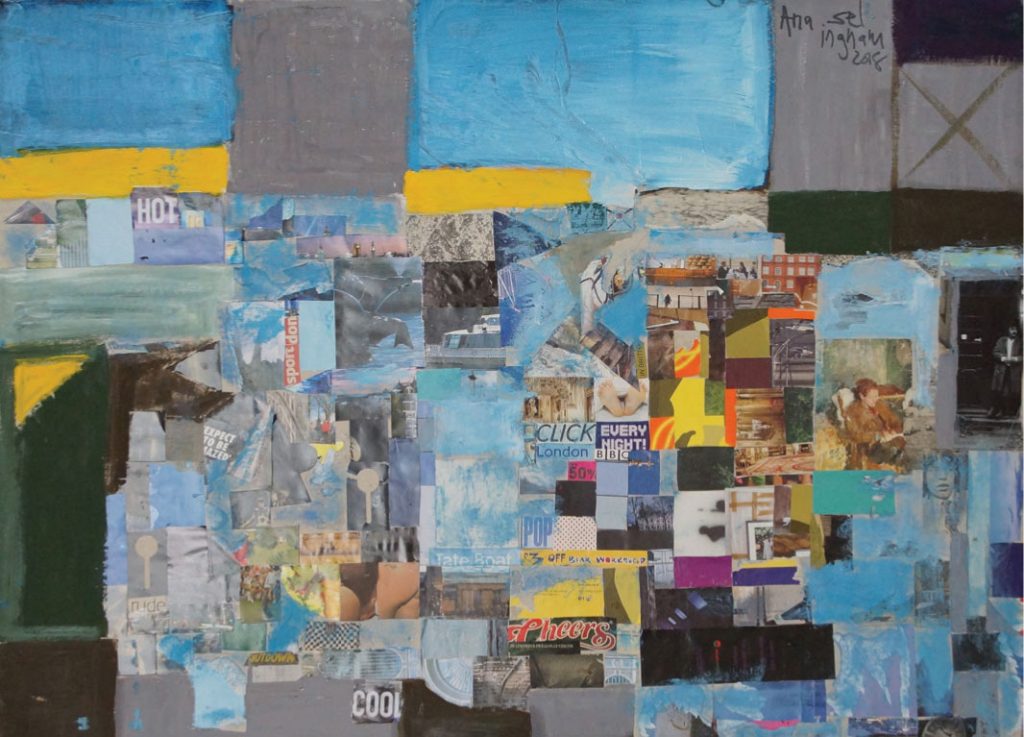